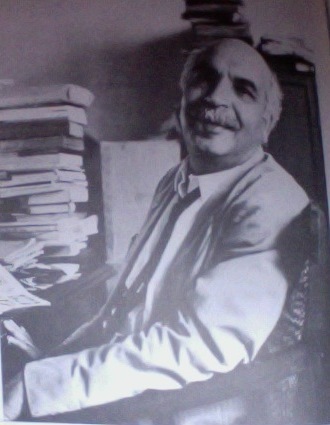 Excerpt from Lahore: Portrait of a Lost City by Som Anand, Chapter 7 ‘Those who grieved’:

(This account directly contradicts Nano’s first-hand account of the house burning, which was not empty, and which was apparently burnt down by a Hindu mob, not a Muslim one. Nonetheless, it is interesting to see how Som Anand describes par nana.)

‘Communal riots became more intense after March ’47 and it seemed that the Muslim leadership was out to clear the city of its non-Muslim inhabitants. That is not to say that every Muslim in Lahore liked what was happening. There were some who dreaded the prospect of the Hindus and Sikhs leaving the city for good. But such people could not speak of their feelings.

The atmosphere was so charged with hatred that no one dared restrain his fellow men from their actions. Swimming against the tide becomes an impossible task in such a terrible situation. The storm which was then raging had no parallel in history. Even so, there were individuals who tried to save their neighbours or friends or their property even at the risk of their own lives.

In the city of Lahore, one of the unhappiest among such Muslims was Maulana Salahuddin Ahmed who suffered both materially and mentally from the partition and riots. He was an editor who (through his celebrated Adabi Duniya, a monthly) brought writers like Krishnan Chander [a famous writer of Hindu origin] and Rajinder Singh Bedi [a famous Sikh writer, playwright, film director and screenwriter] into the limelight.

His [ . . . ] passion [ . . . ]was the development of the Urdu language as India’s lingua franca. This grand old man of literary journalism was an institution in himself; his love of Urdu, his constant desire to find new talent in the field of creative writing and the sweetness of his demeanour made the younger set of writers flock to him. In the evenings, the office of Adabi Duniya presented the scene of a darbar at which he was the presiding deity.

Even when the riots spread, the indomitable Salahuddin continued to speak Urdu. His friends and associates thought that the man was crazy. At a time when loot, arson and stabbing were the order of the day, how could anyone think of literature or of the future of the language? But it seemed that the crazy man of Lahore did not pay much heed to what was happening around him. He remained unconcerned even after his own house was burnt down by the rioters.

It so happened that Maulana Salahuddin had a house in a locality which was predominantly inhabited by non-Muslims. At the time of partition, he was himself not living there but had deposited his collection of rare books there. When the riots in Lahore were at their peak, he became apprehensive about his library.

It was such a big collection that there was no space for it anywhere other than in that empty house. An idea struck him, and he suggested to his Hindu friend, Dwarka Dass ‘Shola’, that he should put his name-plate on the gate. Since it was a Hindu locality, he assumed that a Hindu name-place would do the trick. All was well as long as the original inhabitants stayed there. But soon they had left the area fearing attack from the neighbouring localities. When there was no one left, a frenzied mob came one day to burn down every bit of Hindu property. In that orgy they burnt down Maulana Salahuddin’s house, thinking that it was the property of Dwarka Dass ‘Shola’. By this quirk of fate, the famous litterateur of Lahore lost his valuable collection of books. But he did not talk to his friends about this loss and continued as usual to worry about what would happen to Urdu in India after partition.’

‘Maulana Salahuddin was also “a socialist in his behavior although he didn’t think about it,” says Asma, who treasures the memory of “a very simple man with no ego about him, a friend joking and laughing with his grandchildren.” But “until he died and people wrote about him, we had no idea that he was actually a great man,” she says. Years later, a recurring remark from the older generation-“I knew your grandfather”-deepened Asma’s childhood memories of him. One of those memories was how he returned a British knighthood during the independence movement, causing no end of irritation to Malik Jilani’s own father, who did not return his.

A second memory is more disturbing. One day, Asma says, “as a child, very vaguely, I recall my grandfather saying, ‘I just can’t breathe anymore. Once the military takes over, it never goes back.'” The Maulana was in prophetic mode. “My mother was very shocked,” says Asma. “A lot of people, in fact everybody with few exceptions, thought the military had come as a savior from corrupt politicians. My mother thought he was just exaggerating because the prices of things had gone up and suddenly, artificially of course, the military had brought them down drastically. My mother was going to buy some dupatti, this veil that you wear, saying it was extremely cheap. But my grandfather said, ‘It won’t be cheap. You will have to pay a very heavy price for this day.'”

Young Pakistan’s first experiment in democracy foundered on a rising tide of civil conflict, corruption, and instability. In its early years, the country seemed to lurch from crisis to crisis. A sort of consensus was achieved in 1956 with Pakistan’s first Constitution. It proclaimed Pakistan an Islamic republic within the British Commonwealth. But scandals involving elected officials and cabinets that seemed to dissolve almost as quickly as they were formed brought acute instability. Asma had just turned six in 1958 when senior military officers led by the British-educated Field Marshal Mohammad Ayub Khan mounted a successful coup d’etat, followed by a formal declaration of martial law (and the rapid departure of Iskander Mirza, Pakistan’s first president, for England). For many Pakistanis, martial law came with a sigh of relief-Maulana Salahuddin’s warnings notwithstanding.’